Go and see nature at its’ best. 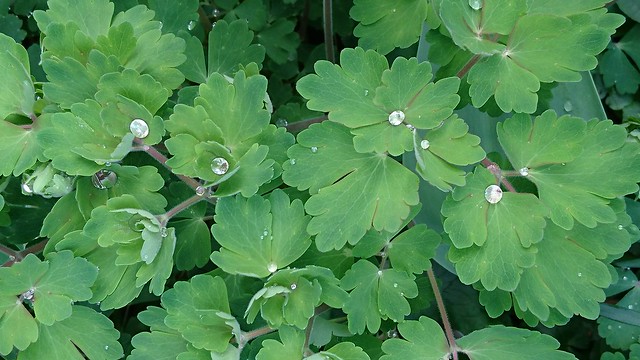 who are smiling when it’s raining!” 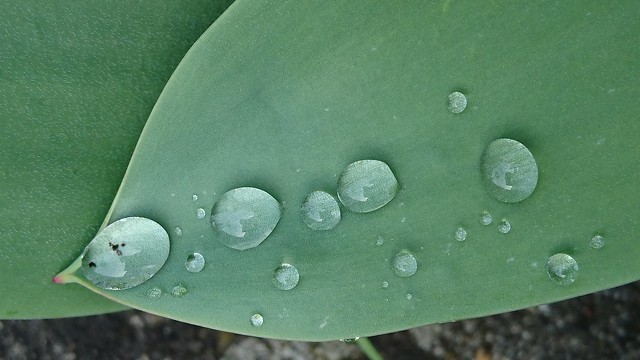 Pictures taken in my mum’s garden by me.

…. a day to see miracles 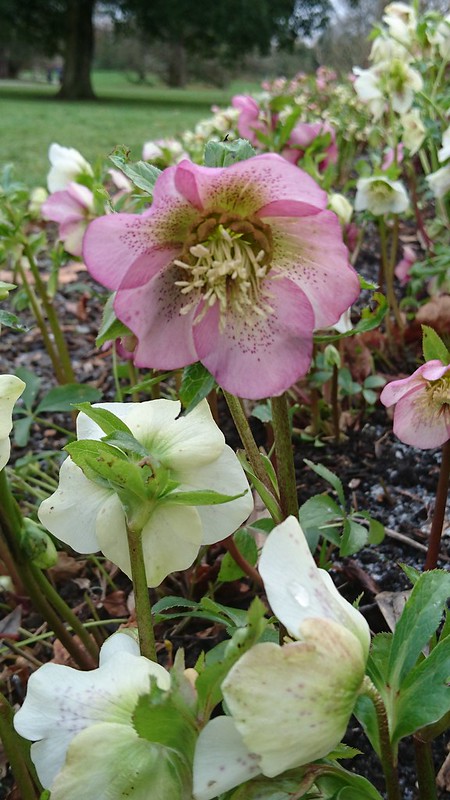 There are only 2 ways to live your life.

One is as though nothing is a miracle.

The other is as though everything is a miracle.

Have a miraculous day!

Picture taken in Kew Gardens by me.

‘Wouldn’t it be great if we don’t even take simple things in life for granted.

Like having clean water when we open the tap…’

This is what my son said yesterday.

It comes after we lived for two weeks without a flushing toilet….just a bucket of water next to it.

Now again we have the luxury of pressing the convenient button to flush it again… yes pure luxury!

The bathroom is not finished yet though….

What are you thankful for today ?

What is your miracle for today?

Wishing you all a  happy and safe Sunday!

has released its fifth public album with the appropriate title

It is a miracle what beautiful music they produce!

“Miracles is the counterpart to our epic releases, focusing primarily on our emotional, beautiful and tender songs.”

A beautiful, soft and gentle mix of known and new tracks;  beautifully crafted melodies,  romantic with amazing voices like Merethe Soltvedt .   It is a more dreamy, emotional  album a step away from the blasting epic trailer music with amazing orchestral arrangements.  Some invite for romantic evenings, some are ideal for meditating. Definitely another musical gem from Thomas Bergersen – Two steps from Hell.

Thank you Thomas you never disappoint your fans!

You have excelled again in music making!

Eyes closing, I love you forever, Science and Lost in Las Vegas are from the album ‘Illumina’.  Lux Aeterna, Sungazer, Eria, Colour the Sky,Forever in my dreams and Northern Pastures are from ‘Dreams and Imagination’ which were not released to the public. There are also tracks from other albums which you can see below.  All are composed by Thomas Bergersen.

It also features “Heart” which was composed for the victims of the Earthquake in Japan 2011, all proceeds went to the Red Cross.

The great track ‘Lost in Las Vegas’ was written some years ago. Thomas was a DJ before he got into orchestral music. Back then he produced a lot of trance music.

My favourite track is Compass, no Forever in my Dreams, no Sun Gazer, no Eria, no….. well I can’t decide…. They are all amazing.

Here is the listing of Miracles:

6. Fountain of Life – from Nemesis

8 Men of honour – from Two steps from Heaven

13. Colour the sky – from Dreams & Imaginations

14. Forever in my Dreams – from Dreams & Imaginations

15. Breath of Cold Air – from Volume One

16. Heart – from Two steps from Heaven

Some are on their You tube channel to listen to.

Enjoy the beauty of this music!

I couldn’t resist to put famous quotes on to the beautiful pictures I took.

Just sit back, relax and enjoy in a peaceful moment!

“Around us, life bursts with miracles–a glass of water, a ray of sunshine, a leaf, a caterpillar, a flower, laughter, raindrops. If you live in awareness, it is easy to see miracles everywhere. Each human being is a multiplicity of miracles. Eyes that see thousands of colors, shapes, and forms; ears that hear a bee flying or a thunderclap; a brain that ponders a speck of dust as easily as the entire cosmos; a heart that beats in rhythm with the heartbeat of all beings. When we are tired and feel discouraged by life’s daily struggles, we may not notice these miracles, but they are always there.”
― Thích Nhất Hạnh

I saw some buds on a tree outside and had already a little Spring feeling.

and it is weekend hurray…..

Sunshine when I got up so I decided to do the shopping,

Reached the shop, it was pouring with rain, and terribly windy and cold

Got the shopping in,

so I decide to dance to some music. Made me warm and happy. Music is magic!

do some washing, have a cappuccino,

and the next downpour is here.

Exercise on my exercise bicycle and see the beautiful rainbow.

Thank you for all the miracles I have around me.

I bought some scones , jam and double cream for a cream tea later….

why don’t you join me?

Enjoy and relax with me!

with an old song I always loved….The Riddle, different version….

A wonderful friend visited me in the morning before work and brought me this.

A bunch of beautiful daffodils, and they all opened very quickly in the warmth.

They make me smile every time I see them and I feel the warmth in my heart.

I am so thankful

for the love I experience and I can give

for my happy life,

Audiomachine – Hymn of the Rising

Another gallery,  with quotes!

I think I have learnt it now, how to do it!

Enjoy and have a great weekend my friends!

With hugs from Ute 😀

Now before Christmas I always get busy trying to perform miracles so I can give them away!

and this scarf came out of it:

Then I had stones and bits of metal

and this came out of it.

I love doing craft and knitting, and I think they are the best Christmas presents.

Nothing more beautiful than a self made present which was made taking one’s time and putting lots of love in it.

I do love giving and I like to give with warmth and love!

Wishing you a peaceful and relaxing time towards Christmas!

Every day, you choose to either be grateful or disappointed and unhappy.

You can think about all that you don’t have or you can marvel at God’s breathtaking gifts:

the morning dew, the sun, the clouds, the trees, flowers, birds.

These are all miracles of life.

We couldn’t have created them. Celebrate them and welcome them into your life!

1. LIFE is the FIRST gift.
2. LOVE is the SECOND gift.
3. UNDERSTANDING LIFE and LOVE is the THIRD gift.
4. GRATEFUL to all the three gifts is the FOURTH gift.