I had the opportunity to go to the Shard, the highest viewing platform at the top of Western Europe’s tallest building.

We went up with a speedy elevator to level 33 , changed elevators to level 69.

There is the first viewing platform.  Then you can go 3 flights up to level 72 which is the highest level for visitors. 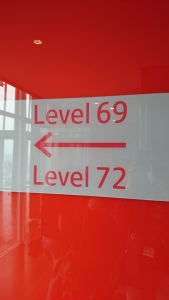 The sight is breathtaking and you see all London Landmarks and more. 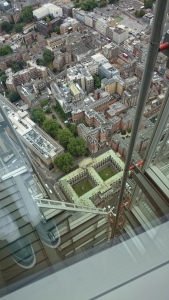 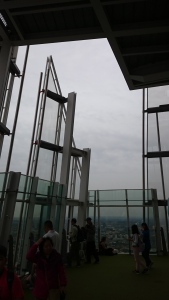 Well worth a visit if you are in London.

It was not sunny but we still could see enough.

I love my London in all weather! 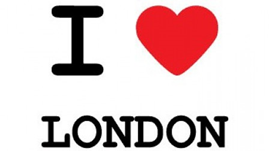 I just noticed as I published it, it is my 400th post!

Can’t believe I did that many…..I’m rather proud! ♥

Paddington Bear has arrived in London. We all love bears and he is no exception, loved by children and adults alike.

Paddington Bear is a fictional character in children’s literature. He first appeared on 13 October 1958 and was subsequently featured in more than twenty books written by Michael Bond. The friendly bear from deepest, darkest Peru -with his old hat, battered suitcase (complete with a secret compartment, enabling it to hold more items than it would at first appear), duffle coat and love of marmalade–has become a classic character. Paddington books have been translated into 30 languages across 70 titles and sold more than 30 million copies worldwide. 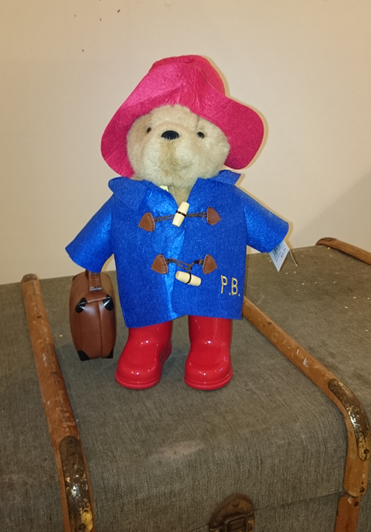 The film is out in the UK and it looks like fun.

So in London are 50 different Paddington Bears on show all designed by different famous people.

You can find the trail here!

I went on a bear hunt to find some for myself… 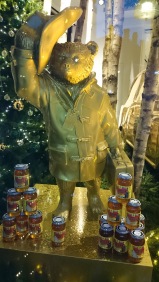 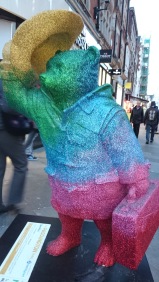 The Bear of London designed by Boris Johnson Mayor of London

Paddington the Explorer Ripleys believe it or not 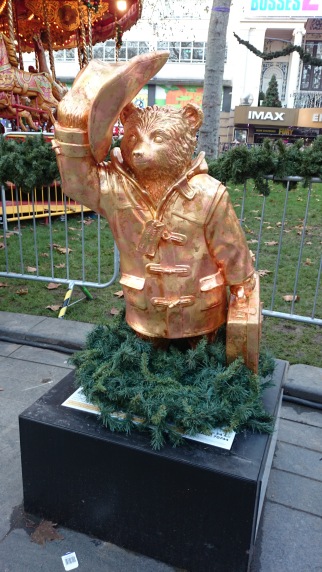 It was beary great fun finding them and they will be auctioned off in December helping children.

How The Trail Will Help Children

The lead charity partner of The Paddington Trail is the NSPCC who will be auctioning off the bears with Christie’s, both online and in a live auction in December, with all the proceeds going to the charity. It is hoped that The Paddington Trail and associated activities will raise more than £500,000 for the NSPCC and its ChildLine service. The trail also benefits children’s charity Action Medical Research, for whom Paddington has been the official mascot for over 35 years.

Wishing you all a bearrilliant week ahead

and send you all a bear hug!

Please look after this bear