Barcelona is a wonderful city and so much to see. 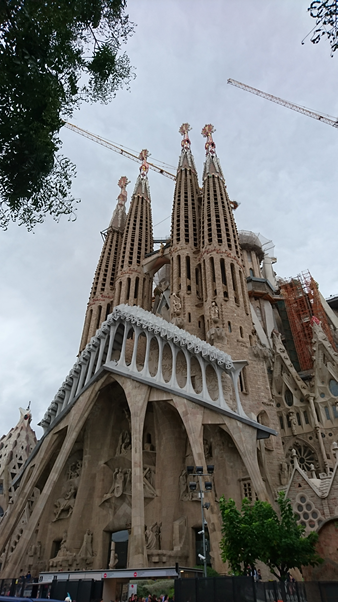 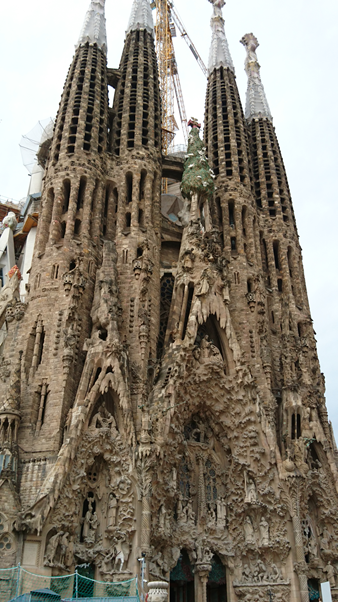 An amazing church building – La Sagrada Familia from the Architect Antoni Gaudi which he started building in 1883.  Knowing he will not see it finished, he spent 40 years building and left plans for his successors. He is buried under the nave.

On the link on his name is a short video what it will look like when it is finished hopefully in 2026, ready for Gaudi’s 100th anniversary of his death.

His buildings and casas are all over Barcelona.

Next was the “Casa de les Punxes” or Casa Terradas which was build for 3 sisters by a different architect looking more like a castle.

All details are just fabulous even the balcony tiles from the bottom.

We walked to the next of Gaudi’s buildings the Casa Mila. This was built as an apartment block. 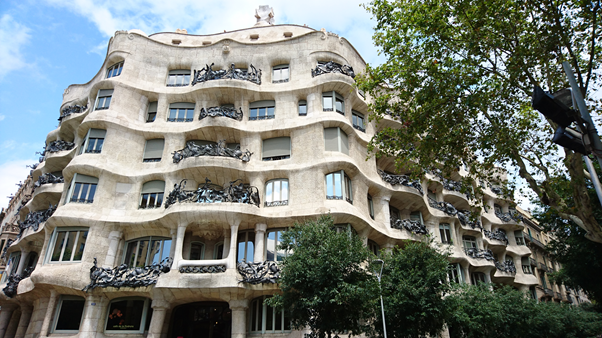 We continued our walk to the next Gaudi Casa along the famous and really large Passeig Gracia. This Road is tree lined, has exclusive shops, wide pavements and amazing old buildings. The pavement is tiled with Gaudi tiles; aren’t they beautiful?

Gaudi tiles on the Passeig Gracia

Along there we came to Casa Batllo, a colourful casa built by Gaudi again.

Next to this casa is a Netherland style casa called Casa Amatller from the same architect as the Casa de Punxes above. 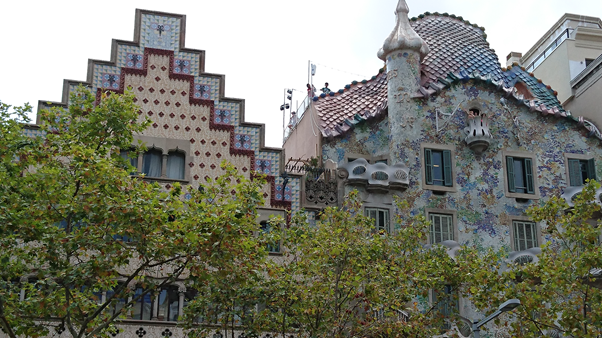 So many casas…. it was so interesting. 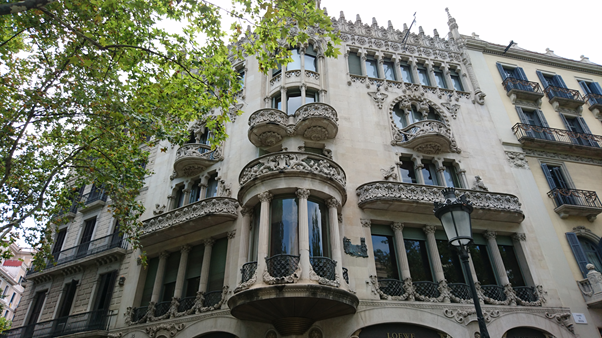 Admiring all buildings we headed to the Cathedral. As the queues were everywhere terribly long, we continued to walk and see all from outside – we only had one day. 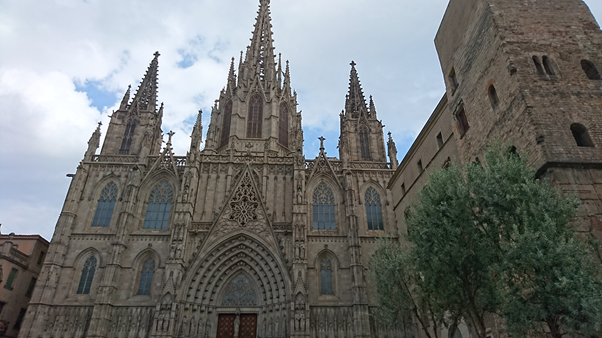 Then we went through small little roads to our last stop The Arc de Triomf.

This Arc de Triomf was build in 1888 as an entrance to the Barcelona World Fair, a very impressive building.

We walked over 20000 steps as my step counter showed and were ready to go back by train to village were we stayed.

This was a short one day tour of Barcelona, hope you enjoyed the sites.

I have visited Barcelona on the 8th August and this post was put together before the terror attack in Barcelona. It is terrible to think what happened and my thoughts and prayers are with the people who died or were injured in the attack.  I pray that the world become a safer place.

Love to hear from you...... Cancel reply

This site uses Akismet to reduce spam. Learn how your comment data is processed.